The results can be inspected without being extracted. It will list the number of tests failed and their names: 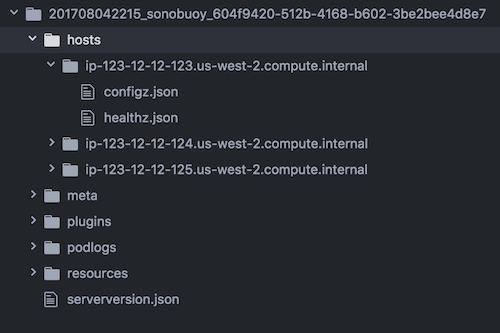 Some plugins can include several files as part of their results. The extracted files for these plugins comprise: 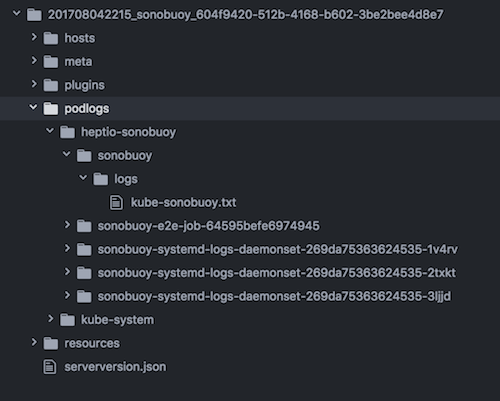 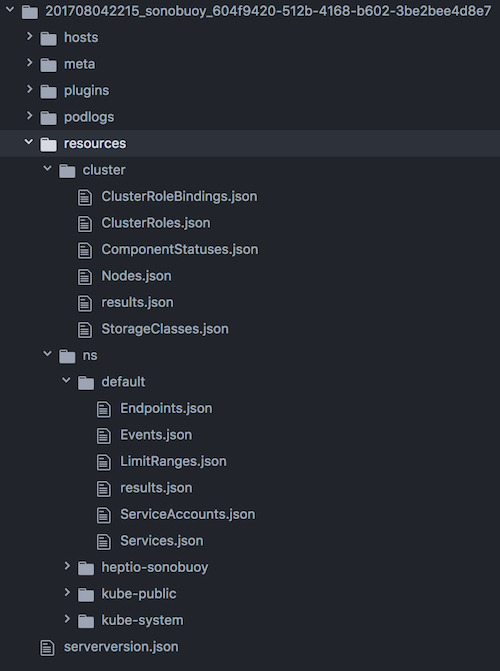 For each type of result in a Sonobuoy tarball, the file extension indicates how the file should be parsed. This allows any automated system to ingest the contents of the Sonobuoy tarball, without precise knowledge of its directory layout.